I don’t exactly remember how we became friends, but what I do remember is you were ALWAYS late to Spanish 2. You would always come dragging in, 20 minutes after class started, carrying a tennis racket. You had this mean “don’t talk to me” look on your face. I remember the teacher calling you out and telling you that you couldn’t miss anymore days or she was going to drop you. I don’t know why, but somehow we started talking and I ended up being your alarm clock. Every morning I would call down to your room to make sure you were up for class. Me: “wake up Henry time for class” You: “alright I’m up” Me: “are you really up?” You: “yes” Every Monday, Wednesday and Friday morning for the rest of the semester started like that. LOL

I went from being your alarm clock, to standing on your back (Literally). OMG do you remember that day??? I was just getting in from dance practice and you called me and asked me to come over. I thought you were joking at first…I mean you sounded like you were laughing.  I took my time getting there only to find you laying in middle of the floor. It took everything in me not to cry. “Chelle just come stand on my back” “umm no Henry I’m scared I’m going to hurt you” “please Chelle just do it” so I did it. I was hoping you didn’t see me tearing up…I was sooooo scared! I didn’t know what to think or how to feel. It wasn’t until that instant that I realized just how much our relationship had grown. No longer was I just your alarm clock, I felt like I was your friend. The next time I talked to you after that you were telling me that you were in the hospital. I remember going to visit you. I was fighting back tears the whole drive over there. I could hear my mom telling me not to go in there crying. So I got it all out in the car. As soon as I walked in you said “PYT, I knew it was you, I heard your heels coming down the hall” then passed out! It was at that moment that I knew you would be ok. I think that was when you started calling me PYT. The things people say when medicated LOL 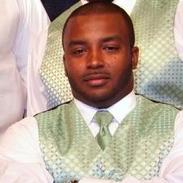 Speaking of PYT, do you remember the first time you saw me at a club? It was my senior year. You guys were hosting and Renee had talked me into going. Renee and I hadn’t been there too long when I heard “PYT what are you doing here?” I could tell you were shocked to see me. I remember Renee asking me if you and I were dating because every time you saw me you asked me if I was ok. I kept thinking “man do I look that out of place” turns out you’d saw me with a couple drinks and you also saw me talking to and dancing with *ahem* and you wanted to make sure he was behaving. I don’t know if I ever thanked you for the advice you gave me about him but THANKS! I had pretty much made up my mind that he and I would be nothing more than friends but you kinda stamped it. You said “tell him you have a dance program on Sunday, I betcha he won’t come” and you were right! I told him about it, he said he was coming…but did he??? NOPE! However, guess who was right there in the audience?!? That meant soooo much to me. I’m sure there was a million other things you could have been doing. It was a Sunday, so more than likely the Eagles were playing, yet you were right there…looking bored, but right there LOL

OMG there is so much to say, we have memories and laughs for days.  I remember how excited I was when I found out you were going on the Africa trip. Then you pulled out those gold boots. “Think about it Chelle, what other bruh can say his boots been to Africa?” Although you did have a point, seeing you walk around in those boots was hilarious. Do you remember barking at my mom’s dog…poor Kodjoe, didn’t even know what to do or which way to turn. What about the time you showed up at my birthday dinner with this sky blue and pink bag, with Japanese writing on it. All week you’d been saying how you had a surprise for me and how you couldn’t wait for me to see it. I was scared. Initially I’d invited some people from my church and I didn’t know what to expect. Thankfully, they couldn’t make it because you got me good. I couldn’t even pull it out of the bag. I could have turned red that very moment. I will say you have great taste; purple is one of my favorite colors. Although I doubt that’s why you picked it. Every time we would talk after that, you would always ask if it still had the tags on it. So before you ask, one part of it still has the tags on it, but it’s not what you think. (I’m sure I’ll get an email about this). There are so many more stories I could tell, but I feel like this letter is getting a bit long. So I’ll end by saying this. Thanks for being an amazing friend. I can’t begin to tell you how many times I’ve been in a bad mood then I’ll get a text that simply says “your song is on the radio” and immediately start feeling better. Thanks for always being just a phone call or email away. Sorry I missed you this year at homecoming, but please believe I won’t miss the 10 year celebration next year. I’m already looking for my outfit LOL.

Oh yeah I think I kinda owe you an apology. I honestly thought you were joking, I didn’t realize you were serious until you showed up all dressed up. I Apologize! I haven’t forgotten, I know I owe you big time for that one…maybe we can go to an Eagle game or something!

One thought on “Day 16: Someone That Doesn’t Live in My State”