To the person I wish I could be,

Yeah…that’s it, I wish I was her…whomever she is…that’s who I wish I could be!

Oh wait…she is me! I’ve spent 25 years being ME! Rachelle Danielle Townsend, and no one else. Sure, I’ve often wondered how Janet Jackson must feel to perform on stages in front of millions. Or how Michelle Obama must feel to be married to the President. And how Oprah must feel to be a billionaire. Or how Ashley must feel to get to dance on stage with Beyonce. I’ve often wondered how it must have been for Eva being with that sexy, fine specimen of a man, Lance Gross. *Lord forgive me for lusting* Or how Angela Burt-Murray must have felt being the editor of Essence. Sure, I wouldn’t mind being these people for a day, maybe even a week…but truth of the matter, they’re human just like I am. They make mistakes, have bad days, and cry just as I do. Therefore, the person I wish I could be is the person I am…ME!

Yes, I will break out in a dance anywhere…but that’s me

Yes, I’ll jump up on anything and put on a show…but that’s me 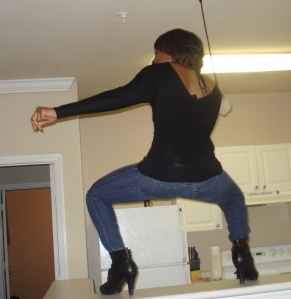 Yes, I can be a complete bish at times…but guess what…that’s me 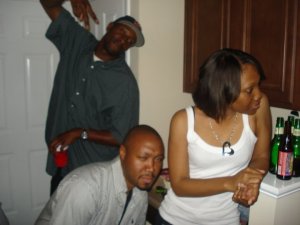 If given the chance to be anyone, anyone in the entire universe, I would happily turn down the opportunity. I wouldn’t trade being me for the world…

Ladies and Gentlemen...Her
There are friends and then there are sisters. Happy Birthday to my sister @monishashante0503! You were literally my first friend when I moved back to Raleigh and you continue to be the first person I call with the tea, the first to make sure I’m good, the first person to trust me with their kid overnight (hey Jr 😜) and the first person to cheer when I win. You’re often in the background, but you’re among the first to step up and for that I’ll always ride for you. Love you Mo! Hope you have an incredible birthday!
Wishing you the happiest of happy birthday’s! Thank you for always being ready. Like ALWAYS!! I learned very early in our friendship that I couldn’t call you when I was ready to flip some tables because you would beat me to the table. Lol Thanks for always having my back and being down for my shenanigans! Now that outside is back open, I’m ready to see what we get into 😜 Love you friend! Hope you have an amazing day! @j.a.m.rock
“I’m learning that I am not lightening that strikes once. I am the hurricane that comes every single year” ~Amanda Gorman
Oh, I thought someone said they missed me...
Happy Birthday to my inquisitive, persistent, strong willed and intelligent little Nugget. Or as she likes to remind me “Kayleigh not Nugget” She’s officially a threenager which means I’ve been an auntie (aka her B.A.E- best auntie ever) for 3 years. If her first two years were any indication of the little lady she’ll be, we need to stay buckled up for the ride. I love you Kayleigh Madison!