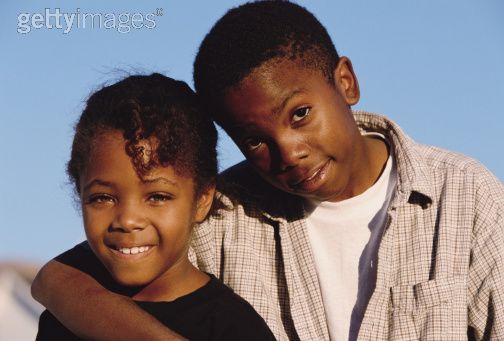 I’m not even sure how to start this blog, so I guess I’ll start it like I have every other one…being as honest as I know how to be. After watching Oprah meet her sister for the first time, it took me back to my childhood and meeting my older brother. I had never heard much about him until one Thanksgiving when he showed up at my great aunts house for dinner. I remember my dad introducing us and me thinking “Wow, I have a big brother”. Unfortunately, I never saw or heard much about him after that day. It was weird…as quickly as I gained the older sibling I’d always wanted he vanished…or at least seemed to. I think I was around 11 or 12. I’m now 25 and I wouldn’t know what my older brother looked like if he passed me in the street, and lately that has really been bothering me.

I’ve heard a couple stories as to why he doesn’t come around, but I won’t speak on them. My dad and I have never had the conversation. It’s strange because I feel like I can talk to him about any and everything else, but the thought of having this conversation in particular with him, scares me.  It scares me because as I stated earlier, I don’t know all the details. I don’t know if there’s some sort of anger or bitterness. I don’t know anything. All I know is the big brother I always wanted is out there…and I don’t know who he is. As I sat in the family room watching Oprah, I couldn’t help but cry. I couldn’t help but think how it would be to actually sit down with my brother. We don’t have to talk my dad, or anything. I just want to be able to know him. Know who he is. I don’t want to have the “What if” moment every time I see someone that I think is around his age.

After a couple days of going back and forth with myself, I decided against talking to my father and opted for my aunt instead. I know she and my father are the best of friends and if anyone knew how to reach  my older brother…she would. So I sent her a text message, just asking for his last name. I could tell she was hesitant about providing me the information. She said she wanted to talk to me about it first. My heart immediately dropped. I was afraid she would try to talk me out of it. Thankfully, she didn’t. She just wanted  to know if I’d spoken with my dad about it. A couple hours later I received a text message with his full name as well as his last known address.  I’m not exactly sure what I’m going to do with it yet. I’m thinking I’ll do a Facebook search and see what comes up. Even if I found someone that could be him, I’m not even sure where I would start. “Hi, my name is Danielle and I think you’re my brother” It’s scary because as I stated earlier I’m not sure about he and my father’s relationship. I don’t know if he would resent me due to the fact that my father and I are close. I don’t know what to think. I don’t know what he would think.

I think I’m going to sleep on this information for a few nights. I have to make sure I’m ready for all that could come with this…both good and bad. Well I’ll keep you guys posted as to what I decide to do and what comes of it. This shall be interesting!!!!

So I slept on it and on February 12, I found him on Facebook and on 26th we met face to face, I’ll write about that experience at a later date!

Hello 36! So many emotions. So few words. Thank you to everyone for the birthday love. I see it, I feel it and I appreciate it! A huge Thank You to everyone who showed up to surprise me on Saturday. I knew something was going on, but never did I think you guys would try to get me again; especially after Covid cancelled last year. It was literally nothing that I imagined, but everything I needed. My heart is so full! 🥰🥰
Ladies and Gentlemen...Her
There are friends and then there are sisters. Happy Birthday to my sister @monishashante0503! You were literally my first friend when I moved back to Raleigh and you continue to be the first person I call with the tea, the first to make sure I’m good, the first person to trust me with their kid overnight (hey Jr 😜) and the first person to cheer when I win. You’re often in the background, but you’re among the first to step up and for that I’ll always ride for you. Love you Mo! Hope you have an incredible birthday!
Wishing you the happiest of happy birthday’s! Thank you for always being ready. Like ALWAYS!! I learned very early in our friendship that I couldn’t call you when I was ready to flip some tables because you would beat me to the table. Lol Thanks for always having my back and being down for my shenanigans! Now that outside is back open, I’m ready to see what we get into 😜 Love you friend! Hope you have an amazing day! @j.a.m.rock
“I’m learning that I am not lightening that strikes once. I am the hurricane that comes every single year” ~Amanda Gorman
Oh, I thought someone said they missed me...