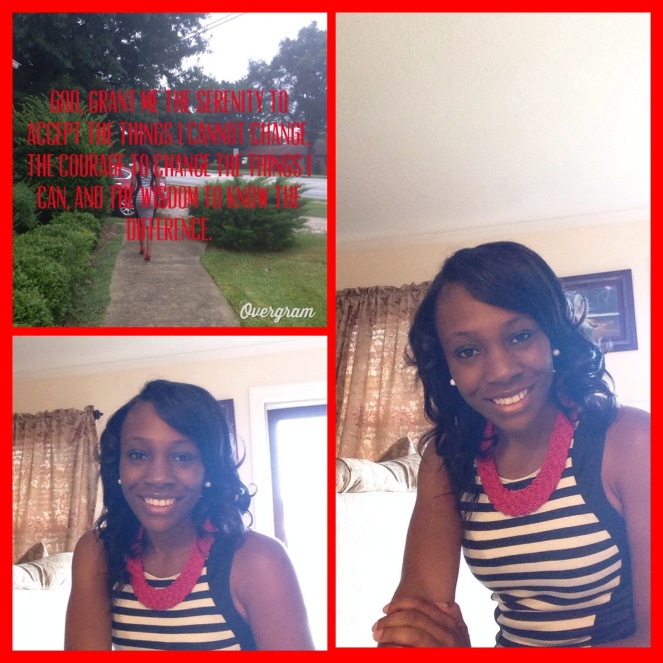 This is one of, if not the hardest post I’ve written in a while. Actually this one came much easier than the first one…I’m still not quite ready to share that one but I wanted to get some things out…

These last two weeks have been crazy to say the least. I think I’ve experienced every negative emotion possible. It’s funny to hear people say how strong I am. Truth be told; I’ve cried so much I’m not even sure how I have tears left. It’s crazy because although I was trying to process everything I knew I had eyes watching me. I knew my tears would only intensify her tears. I knew although I was the one that broke the devastating news, it was also my duty to protect her. It was my responsibility to make sure that she didn’t have to experience the pain I experienced and was currently experiencing. So I put on the brave face. I tried to go on with business as usual. I tried to act like nothing was wrong. I didn’t and don’t want her going to school with this on her mind so I hid my tears in hopes of alleviating hers. I also knew I had outside eyes watching. I learned early in my walk with Christ that people watch how you respond to a crisis. They want to see if you believe God like you say you do and if you believe the encouraging words you’ve spoken. So I’ve found myself having to wear the brave face in public. I had a heart to heart with a friend and after I shared what happened she looked me straight in the eyes and said “So how are you really doing?” 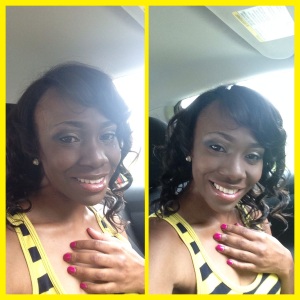 I shared a bit of this on social media and as crazy as I sounds, I feel the need to share some parts of it again. For the most part, everyone that I called had the same reaction…utter shock and disbelief, even still I don’t think anyone was as shocked as I was. When I say I knew nothing, I really mean I knew absolutely NOTHING! This was the furthest thing from my mind. Even while driving over there I still wasn’t thinking I was going to see what I saw. I honestly never even considered it as an option, and hadn’t for the last 10 years or so. I think that’s what’s been getting to me the most. It’s one thing to know about a person’s history, but to actually witness it. To actually see, smell, hear and touch it was quite honestly ALL TOO MUCH. I wasn’t at all prepared for what I saw and even less prepared for the resurgence of emotions that came with it. It’s like all the pain I bottled up for the last 14 years came back and came back with a vengeance. I immediately went from this strong woman, to this scared little girl overhearing her grandmother on the phone. I couldn’t fathom then and I struggle to comprehend now. I think part of the problem is I never wanted anyone to feel guilty. I never wanted to point a finger and place the blame. So I chose not to discuss it. I chose not to ask questions. I felt like I was okay and that was enough to thank God for. I knew enough to know I didn’t want to know anymore. So instead of allowing the conversation to happen then, I made up a conversation and lived with the answers I’d given myself for over a decade.

Not this time…this time I needed answers. I demanded answers. My forgiveness came easy before. It wasn’t coming as easy this time. This time I had to know. This time I understood the severity of the situation. But instead of getting answers, I got a bunch of “What do you want me to says”, “I just did its” and “I don’t knows”. These answers or lack thereof shook me to my core. How could you not know? How could you “just do it?” How could you not have anything to say? I couldn’t understand how one person’s actions could affect so many people and they not comprehend the hurt. How could they not understand our anger and frustration? I’m still not sure what triggered it and I may never get the full story. I’m coming to terms with that and truly trusting God. I have to know that with or without clarity, if He did it before, He can definitely do it again.

Now to answer the question “So how are you really doing?” I’m doing better. I’m sleeping almost through the night. I’m not having as many flashbacks. I don’t panic every time I smell smoke and I went home for the first time in two weeks. So thanks for the prayers, texts, phone calls, dinners, emails, laughs…thanks for being there! I wrote a post a while back stating I felt like I was in everyone’s phone under ICE (in case of emergency) and everyone expects me to be unbothered by life. For the first time in my life, I realized that wasn’t true. Keep the prayers coming, Lord knows we need them! It can only get better from here!

3 thoughts on “My Earth Shook”