I’m almost in tears right now. I just got off the phone with one of my best guy friends. He and I met in Spanish 2; my 10th grade, his 12th grade year. He used to cheat off my paper, but he was cute, popular, an athlete and a senior so I looked at it like I was supporting my school. :)Nah but seriously, that was a little more than 8 years ago and he and I still talk almost daily. Today during lunch he began to share with me how he was a little nervous about finally graduating from school. He went straight to college from high school. He did pretty well his freshman year, but his sophomore year he got off track and ended up dropping out. Fast forward to 2 years ago, he made the decision to go back and finish what he started. Well in May he’ll be walking across that stage and I couldn’t be more proud of him. Just last week he was talking about how excited he was that it was almost over…So in the middle of our conversation when he made the statement “Chelle imma drop out!” I didn’t know what to say or think. Initially I was waiting for him to say that he was just kidding. Then he went on to say how he wasn’t sure what he was going to do after college and how he’s always had school as a crutch. Meaning whenever someone asked him what he was doing with his life or what he was up too he could say “Oh I’m about to go back to school” or “I’m in school right now.” But once he graduates he won’t be able to say that. He went on to talk about how he hears men of other races talking about their plans when they reach 60 and how being 60 has never crossed his mind. “Man to be honest I’m amazed I made it to 26.” As I was listening to him speak my heart felt like it was breaking. Here is an educated African America male, with a strong support system, without a criminal record, not running the streets, an active father, and he’s amazed he made it to age 26????

That didn’t make any sense to me. I asked him why he felt that way and his statements literally blew my mind…he said “Chelle most guys from Goldsboro don’t think they’re going to make it to their 21st birthday, let alone their 25th. Here I am 26. I didn’t expect to make it here so I don’t have a plan. If you think about it, most of the guys that graduated with me are either dead or in jail so I just wasn’t prepared for life” I’m holding the phone shaking my head like “he can’t be saying this.” Here is a man that I’ve watched grow over the years. I’ve watched him lose his best friend and still keep moving. I’ve watched him deal with everything that was thrown at him and he kept pressing forward. He’s set the standard for the other guys that we grew up with. Yet he still feels lost. He still feels like he doesn’t belong in this big world. If he’s feeling like this, I can’t imagine how some other guys that haven’t accomplished as much as he has, or doesn’t have the support that he has feels. As a woman I feel like there’s only so much I can do. I mean I can support him and encourage him to stay on the right track. I can be the voice of reason when he’s getting ready to do something stupid. But I still feel like my hands are tied. As a friend it hurts to hear someone you care about sound so hopeless, even if it is only for a brief moment. I know he’ll bounce back, but still…I can’t help but think about all the guys who don’t bounce back. Those that are in his shoes and just throw in the towel.

So I would like to take this time to send a shout out to all the African American men that have made something of themselves in spite of their situation. Shout out to those of you that didn’t become a statistic. Even those of you that did, but didn’t stay one…I commend you for that. Those of you that graduated and are being productive citizens and are proving that not all black men end up in jail…I truly Thank You. Thank you for proving that not all African American men are deadbeats. Thank you for showing America that Black Men can be more than just a drug dealer or hoodlum. Thank you for showing them that not all Black Men speak in broken English and wear their jeans saggin. I know it hasn’t been easy, but the simple fact that you didn’t give up says a lot about your character. So just in case you’ve never heard it, haven’t heard it in a while, or hear it everyday…Thank You! You guys are the head and when you’re on track it makes it easier for us (African American women) to be on track! 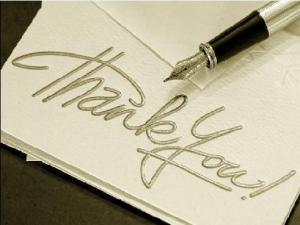 One thought on “I Support You”

Wishing the happiest of happy birthday’s to the man that has literally changed my life. When you came to see me last year on your birthday, I never thought that our 16 year friendship would shift into an amazing relationship. Happy Birthday my love, I hope you have an incredible day!
Hello 36! So many emotions. So few words. Thank you to everyone for the birthday love. I see it, I feel it and I appreciate it! A huge Thank You to everyone who showed up to surprise me on Saturday. I knew something was going on, but never did I think you guys would try to get me again; especially after Covid cancelled last year. It was literally nothing that I imagined, but everything I needed. My heart is so full! 🥰🥰
Ladies and Gentlemen...Her
There are friends and then there are sisters. Happy Birthday to my sister @monishashante0503! You were literally my first friend when I moved back to Raleigh and you continue to be the first person I call with the tea, the first to make sure I’m good, the first person to trust me with their kid overnight (hey Jr 😜) and the first person to cheer when I win. You’re often in the background, but you’re among the first to step up and for that I’ll always ride for you. Love you Mo! Hope you have an incredible birthday!
Wishing you the happiest of happy birthday’s! Thank you for always being ready. Like ALWAYS!! I learned very early in our friendship that I couldn’t call you when I was ready to flip some tables because you would beat me to the table. Lol Thanks for always having my back and being down for my shenanigans! Now that outside is back open, I’m ready to see what we get into 😜 Love you friend! Hope you have an amazing day! @j.a.m.rock
“I’m learning that I am not lightening that strikes once. I am the hurricane that comes every single year” ~Amanda Gorman